No more expensive Flash content creators. No more use of time consuming and costly authoring tools. Cut your interactive e-learning content development costs drastically with PowerInteractPoint. Web designers/developers and website owners can now create rich interactive media with ease using PowerInteractPoint. Presenters can capture the attention of audience by showing off audience engaging
interactive flash content that can be embedded into their slideshows.

PowerInteractPoint allows users to easily create rich interactions with no programming knowledge and no Flash experience. It allows you to be up and running in seconds using its interactions interface.

PowerinteractPoint also integrates into the PowerPoint ribbon allowing users to access PowerInteractPoint from right within PowerPoint.

“We are excited to give our users the power to author rich interactive content with just a few clicks. The response from our private beta users has been great. They cant enough of the interactions and we are working on bringing out more volumes” said Andrew Hayden, President, DigitalOfficePro. 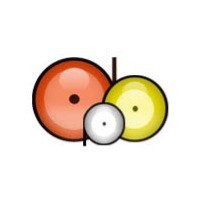